West Coast chain supermarket, Vons, was named the most vegetarian and vegan-friendly grocery store in the US. InMarket conducted a survey, published by Business Insider, to pinpoint these veg-friendly stores.

Runners-up included Publix in second place and Sprouts in third place. Whole Foods also made the top 5, while Trader Joes came just outside in sixth place.

The survey, “Where Do Vegetarian-Leaning Consumers Shop?” was conducted by location-intelligence company inMarket and looked at which major US grocery chains people shopped at for meat-alternatives, such as Beyond Meat, Morningstar, and Quorn. The grocery chains were ranked on their attractiveness to consumers based on a combination of purchase history and visitation patterns between January to May 2018.

Founded in 1906 in Los Angeles, Vons now has more than 150 stores and over 16,000 employees across Southern California and Nevada. The store offers a range of veg-friendly options such as tofu, plant-based meat products, plant-based milk, and cruelty-free household products. 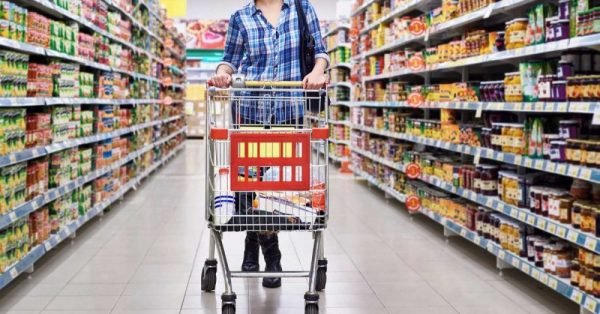 Although a surprise for some that a regional chain took the top spot in the survey, its presence in Los Angeles may provide some justification. PETA named Los Angeles the “most vegan-friendly city” in the world in 2018, and LA routinely ranks as one of the best places for vegetarians and vegans to live in the country. The City of Angels boasts more than 150 vegan and vegan-friendly establishments, and a host of vegan celebrities call the city home; including Joaquin Phoenix, Moby, Natalie Portman, Jessica Chastain, and Miley Cyrus. The same could be said of Sprouts, which also has several locations in the greater Los Angeles area.

The survey concluded that “in order to be vegetarian, you don’t need to spend your whole paycheck at a specialty grocer. Shoppers who purchase meat alternatives are more likely to visit mainstream grocers when compared to the US baseline.”

It’s not just in the US where major grocery stores are making it easy and affordable for consumers to live a vegan lifestyle. UK supermarket chain Waitrose announced this week that it has launched dedicated vegan sections across all of its stores. In Australia, the country’s largest grocer, Woolworths, plans to launch a vegan range as demand for vegan products continues to skyrocket.