Earlier this month, Channel 4’s “The Great British Bake Off” (GBBO) aired its first-ever vegan episode after nine series, sparking an interest in baking without eggs or dairy across the UK. Despite contestant Ruby Bhogal’s disastrous cake collapse, the judges deemed the vegan treats “utterly delicious,” proving to the British public that even esteemed bakers could be won over by plant-based baked goods.

Following the episode, Amazon UK launched a vegan baking shop and reported a 100 percent spike in sales of products, but interest has been rising for years, according to data from Waitrose. The supermarket chain reports that searches for “vegan cakes” on its website have increased by 350 percent over the past five years. Sales of canned chickpeas are up by 14 percent, an increase that Waitrose attributes to the interest in aquafaba, the viscous liquid from the tin that GBBO bakers used to make egg-free meringue.

“Like most of the nation we’re avid fans of The Great British Bake Off and it’s not surprising that the show is incorporating a vegan week this year,” Oliver Chadwyck-Healey, buyer for the Waitrose Cooks’ Ingredient range, said in a statement. “Baking without the use of eggs and dairy can be quite difficult but we’re hoping to make things a little easier by expanding our vegan ingredients at Waitrose.” 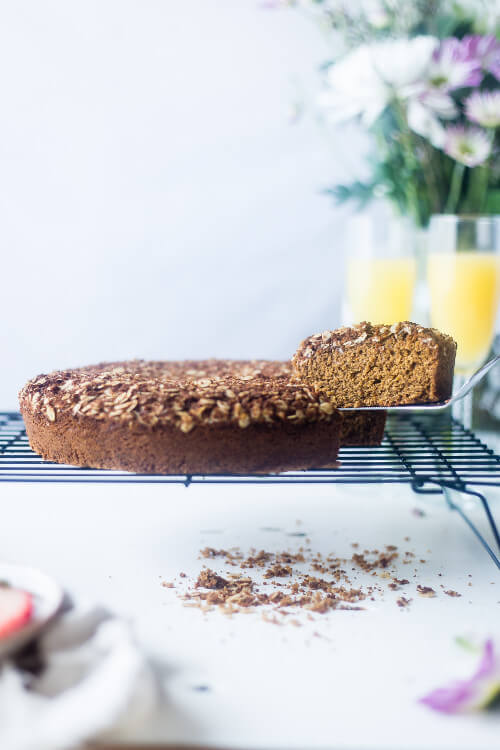 Waitrose and other supermarkets have been quick to meet the rising demand for vegan food in the UK, where 70 percent of consumers are interested in shopping in locations with clearly labeled “free from” products.

According to the chain, it increased its plant-based offerings by 60 percent this year, including a range of own-brand products, vegan ready meals by “Made in Chelsea” star Lucy Watson, grab-and-go sandwiches, and more. Among the new launches are a vegan chocolate torte and plant-based Christmas fruit cake. Waitrose reports that vegan product sales on average are up by 88 percent from last year.