According to international environmental network Friends of the Earth, the Council of the District of Columbia has unanimously voted to increase healthy, plant-forward meal options for students. If signed by Mayor Muriel Bowser, the Healthy Students Amendment Act will necessitate daily vegetarian meal choices as well as plant-based options for children whose parents request it – without the need for a doctor’s note.

Chloë Waterman, the senior food campaigner at Friends of the Earth, explained the significance of the vote.

“Providing students with healthy, vegetarian and plant-based options is not only critical to meeting each students’ ethical, religious or dietary needs — these meals are also healthier and better for the planet,” she said.

The vote follows pressure from parents who participated in the D.C. School Food Advisory Board, flagging the need for plant-based options as a priority. Emilie Cassou, a District of Columbia Public Schools (DCPS) parent, said, “I’m delighted the Council is listening—not just to us parents but also to the overwhelming evidence in support of plant-based eating.”

Hopeful for the future of school meals, she continued, “I look forward to the day I can rely on DCPS to serve our kid’s cooked food that is minimally processed and plant-based—and, of course, tasty. I have high hopes that DCPS will embrace the Healthy Students Amendment Act with goodwill and creativity.” 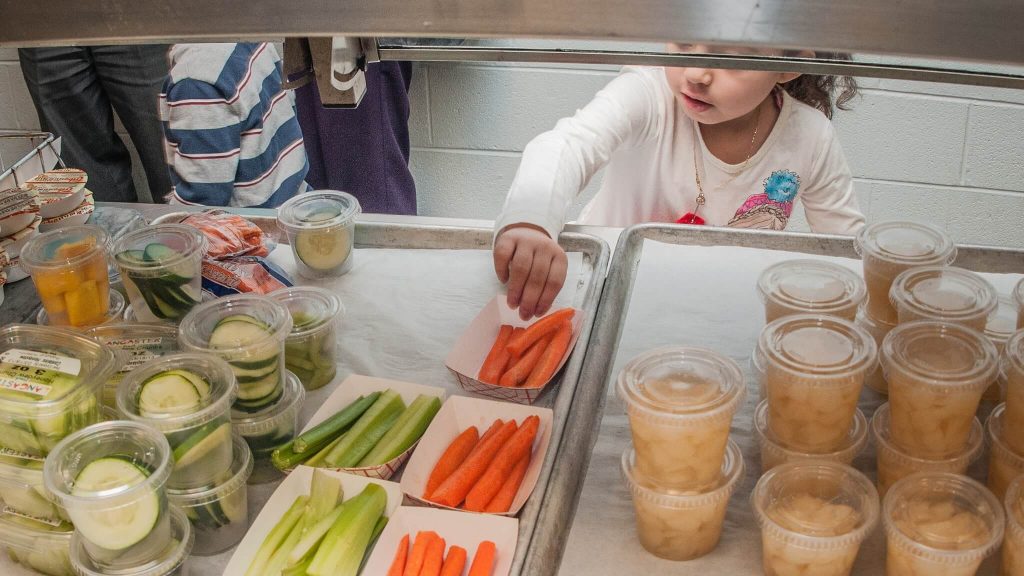 The Act will also bring the Good Food Purchasing Program into public schools across the District of Columbia, making it the first to incorporate the “values-based” food procurement policy. Under the program, schools must consider nutrition, environmental sustainability, animal welfare, and local economies during its food purchasing.

During a pilot analysis with California’s Oakland Unified School District, Friends of the Earth helped schools reduce their animal product purchases by 30 percent over a twenty-four month period. The results were positive, with the district lowering its carbon footprint by 14 percent, water footprint by six percent and student satisfaction growing by 23 percent. On top of this, the schools were able to buy higher quality, locally-produced ingredients, while saving $42,000 from the annual budget.

Keen to experience similarly positive results, all 1,200 public schools in New York City vowed last year to serve a vegan school lunch option daily, and 15 Brooklyn schools adopted a Meatless Monday program. France has committed to offering a meat-free menu at least once a week for a two-year trial period, and UK primary schools agreed to serve 3.1 million meatless meals within the next year. The Rotorua’s Tiaki Early Learning Centre in New Zealand even won a National Commission for UNESCO Award for Global Citizenship Education for its 100 percent vegan menu.