New Zealanders have become a source of envy to plant-based foodies worldwide thanks to a handful of New World grocery stores which offer pix ‘n’ mix style veggies and fruits.

Peppers, broccoli, cucumber, mushrooms, and all sorts of other veggies are pre-cut and available to be scooped out from clear, plastic containers, just like cinema sweet shops – except a hundred times healthier. The aim is to make healthy eating as accessible as possible, even for the laziest of consumers.

According to Chris Grace, the owner of the Te Rapa New World store, these veggie bins are increasing in popularity, despite the relative expensiveness of them: the vegetables sell for roughly $8.75 per kilogram. 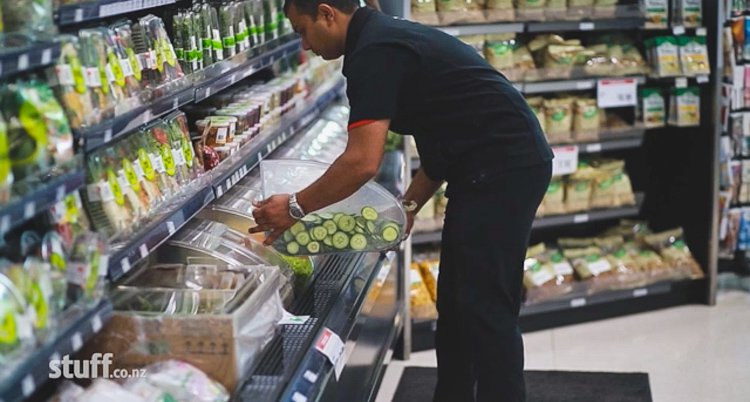 Although everyone can enjoy this, the pick ‘n’ mix will be particularly helpful to three groups of people. Those who don’t have the time to chop and dice lots of veggies in preparation for meals and would rather grab some fast-food; those who cater for themselves alone and would generally avoid some of these veggies for fear they will not be able to get through the whole thing; those looking for a healthy on-the-go snack and are bored of dried fruit and granola bars (stores’ generic ‘healthy’ snacks).

Grace said the bins are great for busy, young professionals, because “[t]hey can pick out exactly how much they want of the different types, mushrooms, or courgettes or cucumbers or whatever, and the other factor is they don’t have to go through the physical exercise of cutting up pumpkins or cauliflowers.”

The selection is replaced every three days to ensure freshness, but given the popularity this may not mean throwing out unwanted veggies but simply keeping the boxes topped up.

Plus, if the pick ‘n’ mix can stop people throwing away the supermarket-bought veggies they cannot eat all of, and can get people upping their vegetable intake, this can only be a good thing.