What do vegans not eat? It’s a question with some pretty simple answers.

Vegans adhere to a plant-based diet rich in fruits, vegetables, grains, legumes, nuts, and seeds. There’s no deprivation–quite the contrary! In fact, many vegans will tell you that once they went vegan they were eating more types of food prepared in more ways than they ever did before going vegan.

Here’s everything you need to know about what vegans don’t eat. 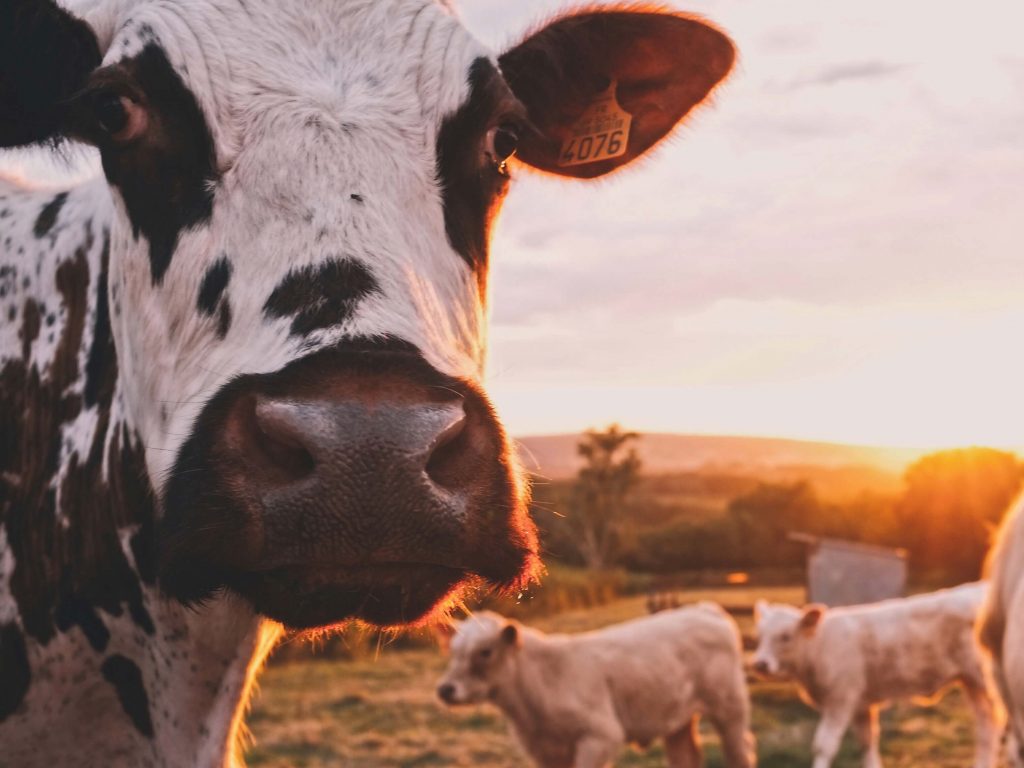 In 2017, Michael Greger M.D. wrote an essay for NutritionFacts.org that stated that embracing a plant-based diet is the equivalent of quitting smoking. Dr. Greger urged other medical professionals to talk to their patients about improving their diets to improve their health.

“Physician advice matters,” he said. “When doctors told patients to improve their diets by cutting down on meat, dairy, and fried foods, patients were more likely to make dietary changes.”

To emphasize his point, Dr. Greger referenced a 2000 study in the Archives of Family Medicine that explored the “potential ‘priming effect’ of physician advice on patient responses to behavioral change interventions.”

In July, LIVEKINDLY reported that a study from multiple organizations including The Institute for Agriculture and Trade Policy (IATP), GRAIN, and the Heinrich Boll Foundation found that meat producers, such as JBS, Tyson, and Cargill, were responsible for creating more greenhouse gases than the whole of France in 2016. The study showed that if these meat companies and the rest of the top 20 meat and dairy suppliers had been a country themselves, they would be the seventh worst offender in emissions of greenhouse gasses; this is above Germany, Europe’s number one polluter.

Researchers also think that by 2050, animal agriculture could be responsible for 80 percent of the allowable greenhouse gas budget.

Lastly, vegans choose not to eat meat because the entire process – from a farm animal’s birth to their death – is cruel and harmful. Animal farming also can harm other non-farmed animals, too such as wildlife who lose their habitat as a result of factory farms. 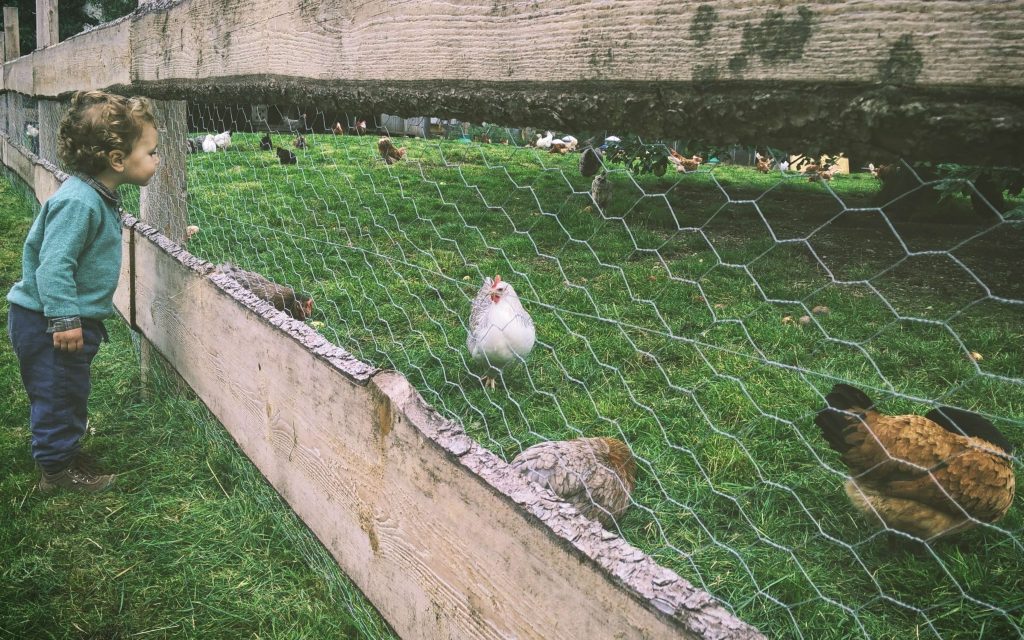 Vegans don’t eat eggs because animals make the product. The animals who lay eggs – female chickens, other fowl, etc. – are not treated well in farm settings, and egg production, in general, can harm many male birds culled at just a day old because they can’t become egg layers themselves. 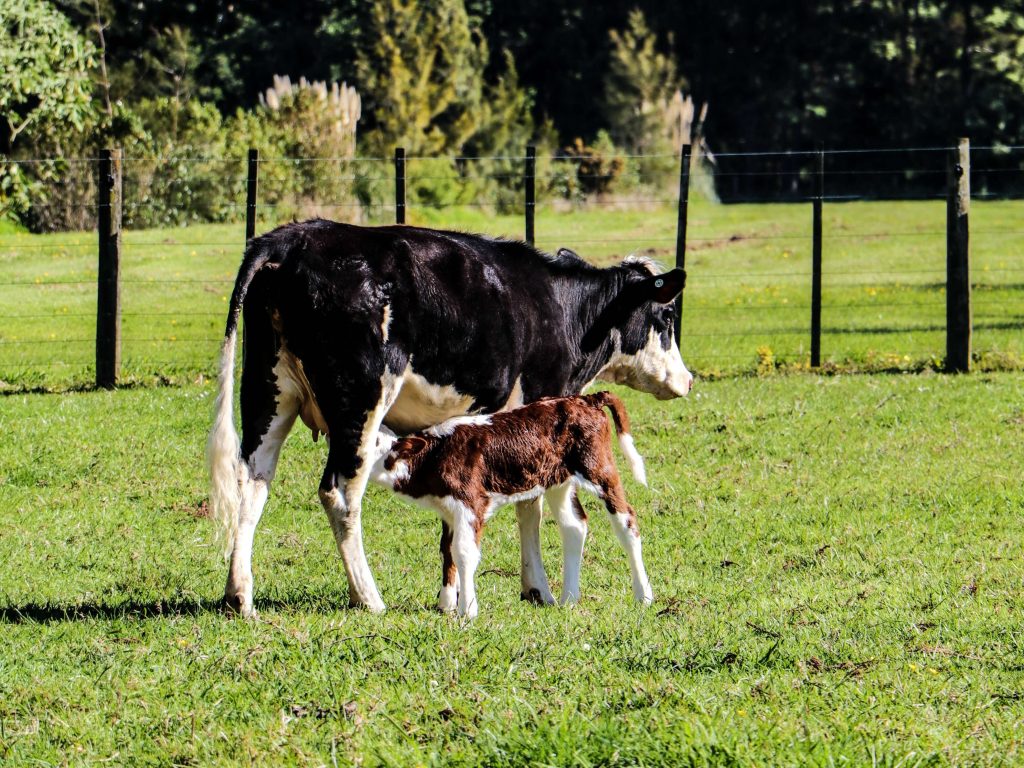 Vegans don’t drink cow, goat, or other animal milk because of the harm that comes to the animals in the dairy industry.

“Although [members of the] public are beginning to open their eyes to the reality of the dairy industry, many people still believe that dairy cows and goats live an idyllic lifestyle,” Viva! founder and director Juliet Gellatley said in a statement.

She continued, “Some will be shocked to learn that in order to produce milk an animal first needs to be pregnant. The calves are cruelly ripped away from their mothers just hours after birth.”

In addition to the industry being cruel, milk may not be the nutrient-powerhouse humans once assumed.

A 2014 study in the British Medical Journal found that “milk actually has a negative effect on bone health,” Physicians Committee reported. The study showed that “women who drink milk have a higher incidence of bone fractures – and an increased risk of mortality from heart disease and cancer.” 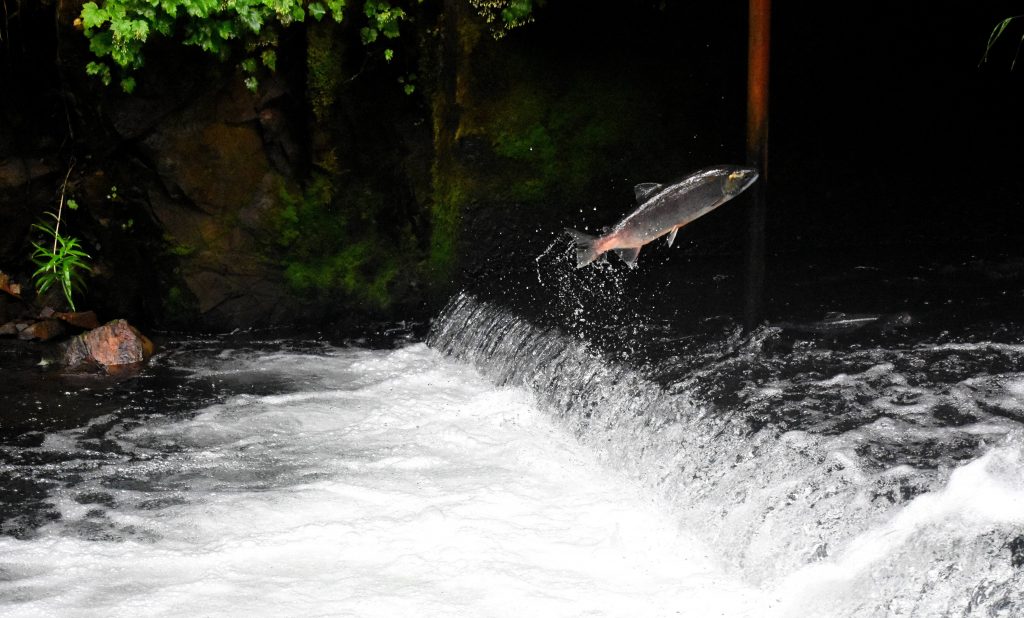 Vegans choose not to eat fish because fish are living beings, and eating fish helps contribute to overfishing, which could lead to some fish species becoming extinct.

Also, fish isn’t as healthy as many consumers think it is.

“Researchers followed more than 8,000 women from the Breast Cancer Health Disparities Study and monitored their intake of fish and red and processed meats and cancer incidence rates.” 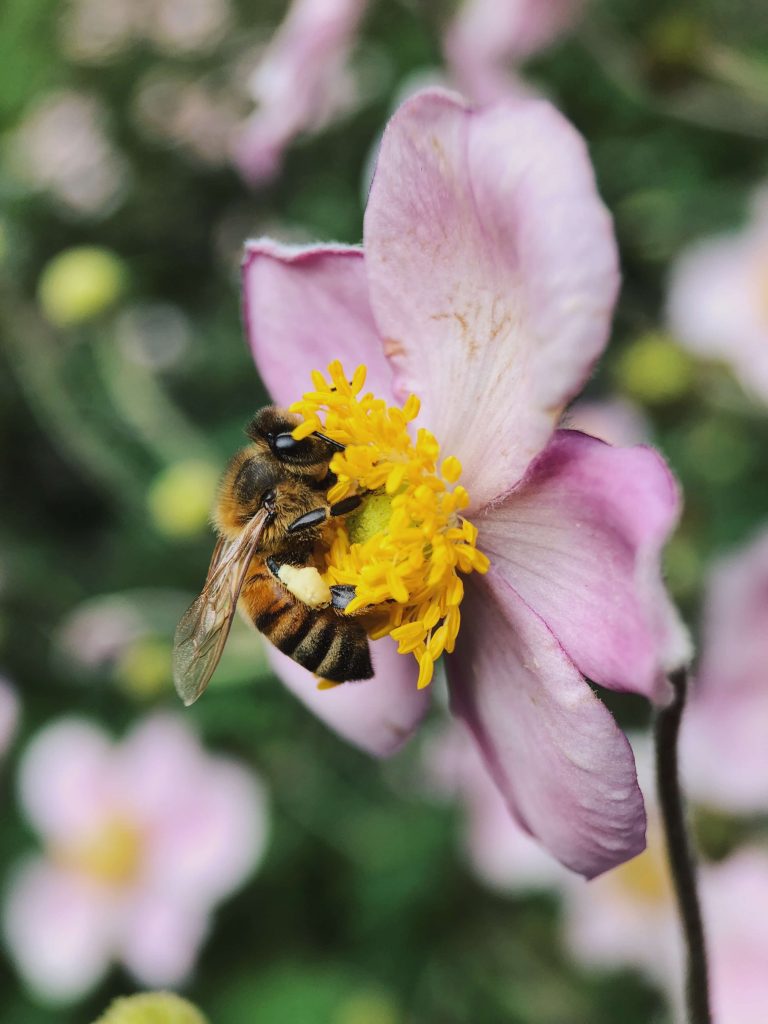 Although many vegans debate if honey is a vegan or a non-vegan food, honey isn’t vegan. It takes bees hundreds of hours to produce just mere drops of honey and this substance is vital to the hive during winter months. Bees can be manipulated, injured, and even killed in the commercial honey process.

“When there are so many alternatives to honey and honey-products such a maple/rice/glucose/agave syrup, molasses, soy or candelilla wax, sweeteners such as golden or brown sugar, there really isn’t the need to support the exploitation of bees and the honey industry as they can so easily be replaced by a plant-based, vegan alternative just like using oat mylk instead of dairy milk.”

Although there aren’t many bad health side effects associated with eating honey – some people are allergic to specific components of honey, and babies under one year of age shouldn’t consume the substance because of the botulism risk – vegans choose to eat other sweet substitutes, such as agave nectar. 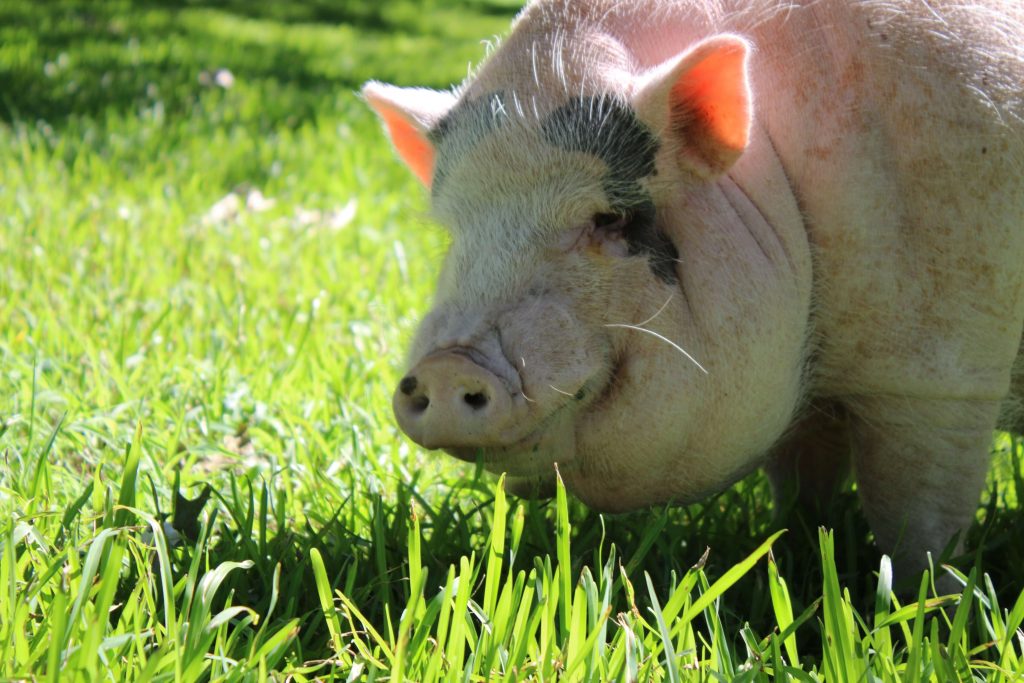 “To make animal-gelatin, the collagen is extracted from animal products such as bone, hide and skin,” LIVEKINDLY reported. “Commercially, a lengthy process is conducted in which the collagen-rich animal products are boiled then soaked in a solution which is either strongly acidic or strongly basic; enabling the protein to liberate or hydrolyze. The protein is then dried once extracted and turned into granules, sheets or powder which have a long shelf life when stored correctly.”

Although some businesses are seeing that selling certain gelatin products doesn’t “feel right” – in February, Jet.com decided to stop selling donkey-derived gelatin – other animals are still getting killed to create a substance people could make from vegan ingredients. Agar is one such ingredient derived from seaweed and performs like gelatin. The startup Geltor is also working to develop a vegan gelatin from bacterial strains. 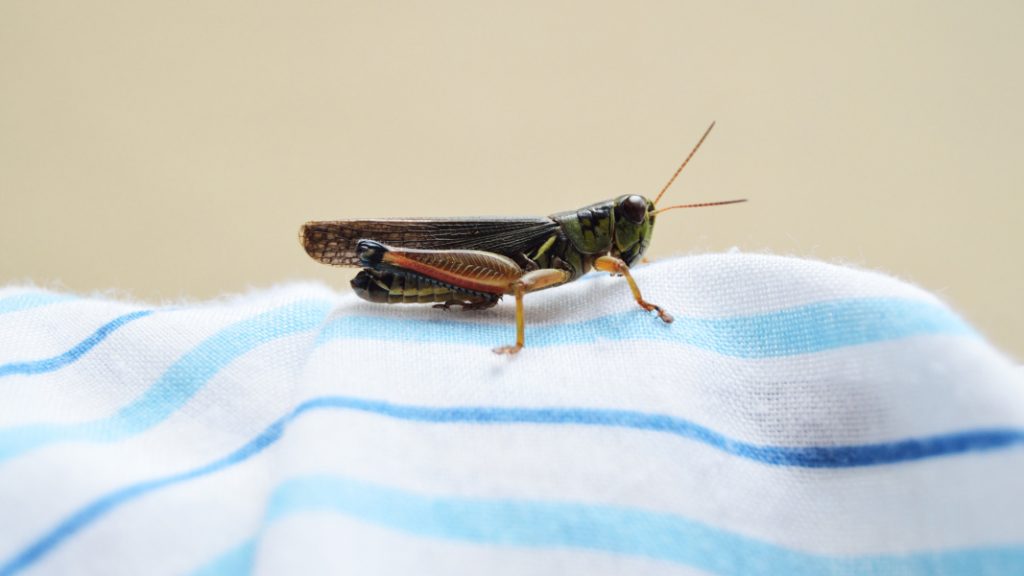 Over the past few years, insect-based snacks have garnered media attention. Insects are living beings, so, vegans don’t eat any insect products.

In an essay titled “Why I Don’t Support Eating Insects,” Brian Tomasik, founder of the Foundational Research Institue, argues that if insect meals become mainstream, then insect mortality rates on farms will rise. Companies could potentially take shortcuts at the expense of insect welfare, too.

Tomasik also gives particular attention to the means by which insects intended for food are killed – boiling, frying, steaming, and roasting – and points out that “insects have heat sensors and display avoidance in response to hot stimuli.” He also refers to situations where insects are eaten alive, though this is on a significantly smaller scale compared to insects raised on larger farms.

Tomasik says that corn, grains, mixed grain feed, and vegetation are some of the most common forms of insect feed. However, in spite of contributing fewer GHGs per kilogram of protein, humans could save more land by eating food intended for insects themselves. So, ultimately, entomophagy requires farmers to use more land to produce feed to raise healthy insects.

Vegans do eat a diverse range of plant-based meat, cheese, and milk. Vegan food options are diverse and flavorful. The following foods are all vegan-friendly, and some are even recommended by the experts.

The demand for plant-based meat is high. In 2017, the Business Insider reported that plant-based burgers could reach $5.2 billion in sales within three years.

The vegan Beyond Burger is one very popular animal meat-free choice. Since the burger launched in May 2016, it’s become available in 25,000 locations. The company that makes the Beyond Burger now also makes Beyond Sausage, a plant-based sausage product.

“Within the animal protein sector, plant-based meat companies are targeting the next generation that is emerging as change agents,” said David Henkes of Technomic. “It’s a cohort that’s going to shake things up even more.”

Vegans have a few plant-based egg choices. A vegan can easily cook up a vegan tofu egg scramble. Or they can head out to their local market and pick up a package of JUST Egg.

So far, consumers are responding well to JUST Egg. In September – just a week after the product’s launch – data showed the vegan egg product out-sold chicken eggs at one major retailer. At that time, JUST Egg was available in a few grocery chains in the Midwest and had recently been made available at Gelson’s in Southern California.

“We’re grateful to see this extraordinary sales data,” Josh Tetrick, CEO of JUST, told LIVEKINDLY. “We’ve always said that if you make it easy for good people to eat well, they will.”

Vegans have a variety of plant-based milks to choose from, too. Soy, almond, oat, and coconut milk are all popular choices.

It also appears that many consumers enjoy vegan milk more than traditional milk. According to a study that examined California consumer’s food preferences from YouGov, only 53 percent of participants said that dairy milk was their preferred milk type. And more than 30 percent of people named a plant-based milk as their favorite.

Almond milk proved to be the most popular dairy alternative – 17 percent of people listed it as their “go-to.” Five percent voted coconut and soy milk as number one; oat, rice, and pea milk also received mentions.

And according to market research firm Mintel, and reported by Wired, in 2017, plant-based milk sales showed an increase of 30 percent since 2015 – reaching a total of £367 million. And the industry is still growing; almond milk is dominating the market. In every three pints sold, two are almond milk products, says Wired.