A film studio that has been dubbed a “Mini-Disney” is being urged to go vegan.

Rebellion Productions is a UK-based film and television production studio owned by multimedia giant Rebellion, the nation’s largest producer of video games, comics, and books, according to the Guardian. Co-founders Jason and Chris Kingsley aim to make the company a “Mini-Disney” through building its portfolio of intellectual properties, much like Disney did with Marvel.

It’s also the studio behind upcoming “Judge Dredd: Mega City One” show based on the dystopic comic series. The series has been adapted for film twice: 1995’s “Judge Dredd,” starring Sylvester Stallone and 2012’s “Dredd.” Rebellion Productions co-founders Jason and Chris Kingsley had a heavy hand in production of the latter, according to the Guardian. The studio

International animal rights organization PETA (People for the Ethical Treatment of Animals) penned a letter to CEO Jason asking the studio to serve only vegan food.

“As you know, in Judge Dredd’s fictional world, the Earth has been devastated environmentally,” PETA wrote. “To survive, inhabitants of Mega-City One live off ‘munce’, a high-protein plant that fulfils all their dietary needs. Likewise, vegan eating is the solution to avoiding environmental devastation on our Earth.” 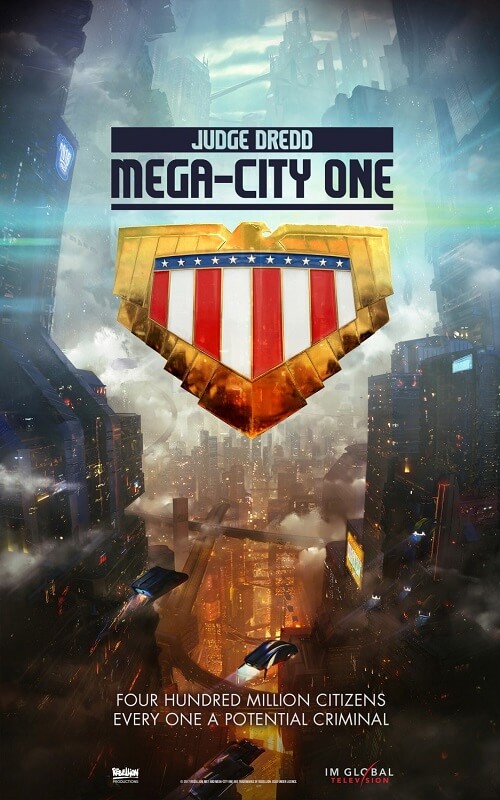 The letter highlighted how the UN recently called for a global shift toward a primarily plant-based diet in order to curb the effects of climate change. The organization highlighted how a simple meal like a cheeseburger uses a disproportionate amount of resources: one beef patty uses 2,500 liters of water. According to California-based vegan protein brand Beyond Meat, its vegan Beyond Burger uses 99 percent less water than a traditional beef patty.

“And unlike the residents of Mega-City One,” PETA continued, “we don’t need to munch on ‘munce’, as we have a vibrant variety of exciting vegan foods readily available to us.”

While the plant-based food of yesteryear was relegated to tofu and mushy veggie burgers in health food stores, vegan options have become increasingly available in the UK over the past few years.

Last year, one-in-six new product launches were vegan – more than any other nation, according to data from global market research firm Mintel. Consumers are consciously cutting back on animal products, primarily for reasons related to personal health and environmental sustainability.

The nation’s major supermarkets – including Tesco, Sainsbury’s, and Morrisons – are stocked with own-brand vegan products from plant-based meat to dairy-free cheese and ready-meals. The options are highly popular among customers – Wicked Kitchen, Tesco’s own-brand ready-meal range, more than doubled sales expectations since its launch in early 2018. Even restaurants are serving more plant-based food; menus saw 237 percent increase in vegan options.