If you ask John Mackey, the founder of Whole Foods Market, what he buys at his iconic supermarkets, the answer isn’t too surprising.

“My basket is filled with whole foods,” he says.

It’s certainly a plug for the brand, but there’s a whole lot more to it. The supermarket, now with nearly 500 stores since launching in 1980, was always a reflection of Mackey’s whole foods plant-based diet. And now, there’s a vegan cookbook to go with it. 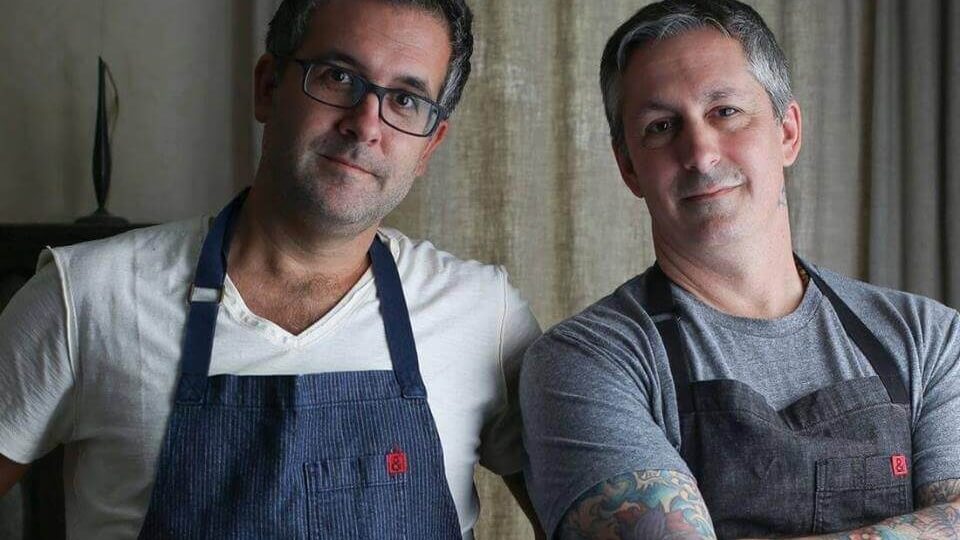 And whole foods it is. The recipes—all plant-based—are made up some of the store’s least exciting items including fresh fruits and veggies, grains, beans, nuts and seeds. But they’re the most important, Mackey insists. There are modern takes on classic comfort dishes, batch cooking recipes Mackey loves. Despite having access to the best prepared food sections in every corner of the country, Mackey does the bulk of the cooking at his house, most of it made from scratch.

Mackey, a longtime vegetarian, went vegan about 15 years ago after meeting a woman protesting at the chain’s annual shareholder meeting. She was part of a group accusing Whole Foods of selling duck meat from a factory farm. Mackey and the woman named Lauren ended up becoming friends.

“I thought Whole Foods was doing a lot more than anybody else for animal welfare back then we probably were but we weren’t doing nearly enough,” he recalls. But Lauren helped him realize he was, like many consumers, uninformed about the animal industry.

“I read about a dozen books on the livestock industry and I read about what happened,” and he says that Lauren was right about all of this. “I just had no idea it was so bad. I gave up eggs and dairy because the rationalization that those foods are somehow or another okay because they’re not actually killing the animals. This was a myth,” he says. “In fact, you could argue that chickens and dairy cows are some of the most abused animals in the system.”

So, not only did he adopt a vegan diet, but he also worked with Whole Foods to develop animal welfare standards for the store, a program now called the Global Animal Partnership. It’s not perfect, but Mackey believes it’s a step in the right direction. Not selling animal products at all would mean losing a huge chunk of customers. And that’s not good for the animals, either. With the strongest supermarket animal welfare standards in the country, if Whole Foods went vegan overnight, meat-eaters would simply shop elsewhere, and they would not be getting the same level of animal welfare with those products. 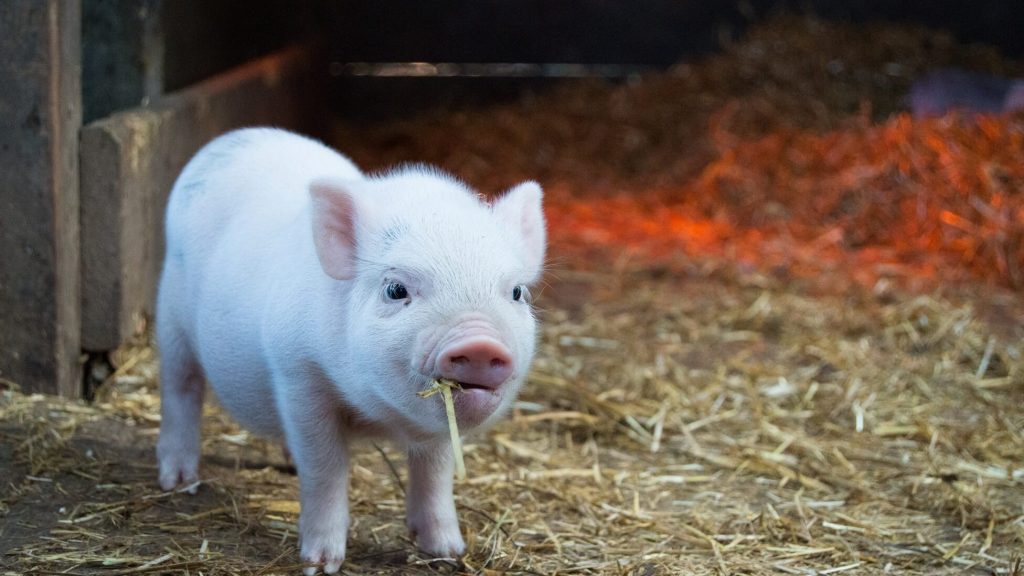 Mackey also believes keeping meat in stores exposes shoppers to more plant-based foods in general, which is a core focus for the store and the prepared food sections, which will soon start bearing labels that indicate it meets the cookbook’s plant-based standards of nutrition.

To understand Mackey’s “Whole Foods Diet”, we have to travel back to the 1970s, the magical time before the Internet and gorgeous Instagram food photos, when meditation gurus, grass (that’s what they called cannabis back then), and granola reigned supreme. Mackey went vegetarian in 1976 after moving into a vegetarian cooperative living space in Austin. He was looking for “something” – a common vision quest for a number of Baby Boomers back then, many of whom went on to also launch pivotal brands sold in Whole Foods stores (the founders of Stonyfield Yogurt, Ben & Jerry’s, Silk, Traditional Medicinals all have similar origin stories).

In 1978, with his partner at the time, Mackey started a smaller version of Whole Foods – a natural food store called Safer Way – an obvious dig at the conventional supermarket chain Safeway. Safer Way was heavy on ideals and lots of crunchy hippie food, but low on customers. The aha moment came when Mackey realized the secret to selling all of his whole food staples – organic produce, yogurt, tofu, nutritional yeast, and granola – was in selling everything else customers wanted, too.

“And that store exploded. The very first Whole Foods Market was within six months of opening, the highest volume natural foods store in the United States,” he says.

The reason was simple and remains true: “People don’t like going to more than one store,” he told me as we sat in the noisy café inside the Downtown LA Whole Foods Market. Here, customers can not only purchase all of their grocery needs but also enjoy a healthy meal any time of day.

The prepared food sections and in-store restaurants have far and away become the stars of Whole Foods Market. “It’s a little-known secret that Whole Foods delis are the highest volume restaurants in the United States,” he says. The prepared food sections attract customers of all walks of life, all dietary preferences and helped lead the chain’s growth over the last 40 years.

The chain’s rapid growth created a massive market demand across the country for cleaner products as hundreds of locations popped up in markets he was told would never support the concept, spots like Kansas City and Detroit. 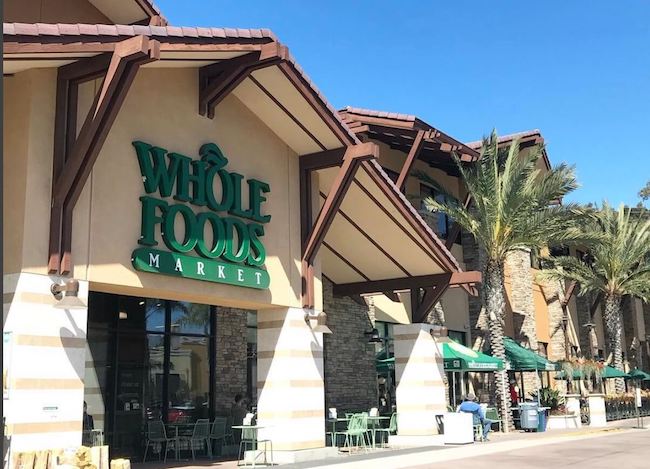 Mackey found himself leading the “conscious capitalism” movement–where brands are mechanisms for change and customers vote with every purchase.

And while there were some bumps along the road for the chain, including the pressure to sell the chain (Amazon bought Whole Foods a little more than a year ago), Mackey is still very much involved with its growth — and there’s still a lot of it ahead. He says Whole Foods will be launching its first food hall in Denver in the near future. He thinks customers will keep demanding more transparency and responsibility from the brands they support. And he’s confident the tide has turned for Whole Foods Market and the whole foods ethos it was built on.

These days he’s more guru, visionary, and bona fide celeb than managing the day-to-day operations. Before I arrived for our interview he said an employee approached him and said that even though he sees celebrities in Los Angeles all the time, seeing Mackey in person was the first time he’d ever been star struck. During our interview, the CEO of a company whose products are sold in Whole Foods interrupted Mackey to fumble over her gratitude. She used the word “love” quite a bit.

Like Bentonville, Arkansas, where Walmart’s headquarters turn the town into a revolving door of salespeople and samples, a visit to Austin’s Whole Foods head office is a pilgrimage for many natural brands seeking the salvation of shelf placement in the sexiest supermarket chain in the country. It has built countless vendors into multi-million dollar brands. It’s akin to making Oprah’s Favorite Things list.

Whole Foods isn’t just a goal for vendors, though. Like the employee who spotted Mackey while eating his lunch, it’s a destination for career-seekers. And for many, without a college education, Whole Foods is also salvation. A repeat company on Fortune’s list of best companies to work for (though not in 2018), the chain pays well, offers benefits, and numerous growth opportunities. It also invests in team members’ health with its Total Health Emergency program. Mackey says that despite working at Whole Foods, many team members still eat standard American diets and fast food.

“We take our sickest team members those who are obese those who have type-2 diabetes, those who have heart disease and put them in a week-long medically supervised program,” he says. The voluntary program works to change their diet for a week and offers nutritional lifestyle education. More than 4,000 employees have participated so far. “You can make amazing progress for people and oftentimes you can get people are type-2 diabetic off their meds and get their blood sugar below 100,” he says. “I’ve seen miracles happen quickly with this diet.” 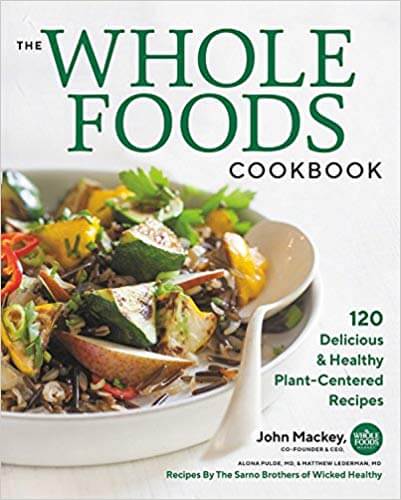 He blasts fad diets like low-carb, paleo, or keto, “they’re all the same,” he says, calling them “zombie diets” because they always come back from the dead in some new iteration, but they’re still the same. “It basically makes a deal with you. If you give up carbohydrates sugar you can eat all the animal foods you want all the fat, but how sustainable is that?”

But if there’s one thing Mackey seems to love more than spreading the gospel of eating whole foods, it’s creating, and doing “cool stuff,” he says.

Mackey, now 65, doesn’t like to think about his legacy, “what makes life fun is creating things. It’s not really about the money. The money is secondary,” he says.

“I have this mission to try to help people change the way they eat,” he says. “For their health, the environment, and the animals, it’s about changing people’s diet and lifestyle. You’re not going to solve the health care or environmental crisis any other way.”