Consumers wanting to up their whole veggie intake (as in the whole entire vegetable) will find the “root-to-stem” trend in full force at all Whole Foods Markets beginning December 27th, the chain announced today.

“We’re refreshing our salad bars for the New Year to support shoppers who are looking for convenient, healthy dishes that don’t sacrifice quality or taste,” said Tien Ho, Culinary & Hospitality Executive Coordinator for Whole Foods Market. “Our stores are excited to celebrate peak season produce and serve up plant based, nutrient dense recipes that we know our customers crave this time of year.” 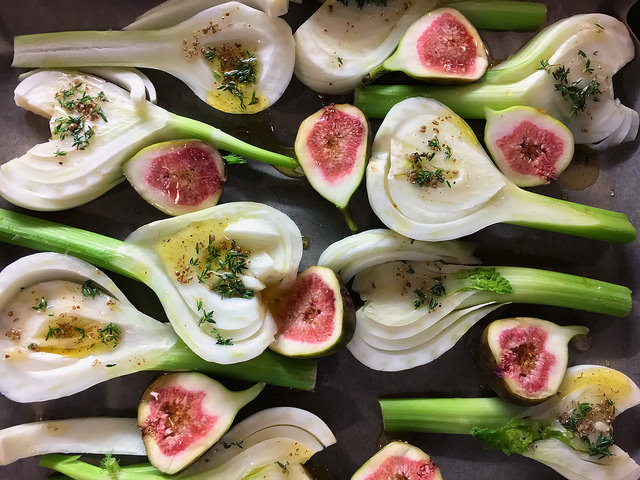 Root-to-stem was one of Whole Foods’ 2018 food trend predictions as demand for plant-based meals continues to explode. The root-to-stem preparation method involves using the whole fruit or vegetable–baked potatoes or corn on the cob would be the most well-known examples of the trend — but in recent years whole roasted cauliflowers have also been featured on numerous menus as have whole roasted carrots and brussels sprouts.

Whole Foods Market salad bars will initially feature two root-to-stem dishes: whole sunchokes and whole fennel bulbs. But if successful, the chain could expand its offerings. Sunchokes, also called Jerusalem artichokes, have risen in popularity in recent years due to their versatility and unique, earthy flavor. Fennel bulbs are known for their licorice-like flavor and crisp texture when raw. They soften when cooked and their flavor mellows.

The trend not only plays up the deliciousness of the plant kingdom, but it also helps to reduce food waste, incorporating “lesser used parts of produce such as stems, rinds, seeds and leaves,” the chain notes.