With topical issues from animal welfare to climate change gaining greater media coverage, Lisa Ashford, the chief executive of investment firm Ethex, says that “we can now shine a similar light onto the world of finance, making everyone aware of the power of their pound and help them to save and invest in businesses they believe in, while still offering the opportunity for financial growth.”

This ethical investing mirrors the growing awareness about what we eat and how food, clothes, and other products are produced, as well as our personal carbon footprint and ethical senses. Following a 360% rise in veganism between 2006-2016 and a rise in awareness of animal agriculture processes, the number of people choosing to be ethical consumers is also increasing.

City A.M. reported that during 2013, 3,500 electric vehicles were registered in the UK – a figure which rose to over 125,000 by November this year. A shift in behaviour alike more people opting for vegan choices, with the likes of flexitarianism, possible and practical vegans – and of course, full time vegans. 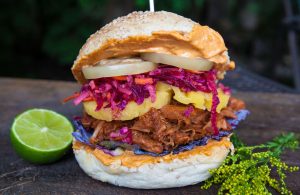 Fashion choices are changing too – sustainable and ethically produced clothing is on the rise as consumers are more aware of waste, animal exploitation, the environmental impacts of our choices, sweatshops, unfair wages and child workers.

Despite what may sound like a fancy and expensive concept – anyone can be an ethical investor. From something as simple as ‘voting with your dollar’; choosing to purchase only what you agree to be ethical, supporting ethical charities or funding the ongoing positive business of causes you believe in through your bank account – financing ethical efforts takes many different forms.

If you’re looking for a different resolution this new year that holds greater meaning and has greater impact than the usual ones that are soon forgotten – why not give this concept a go?