Can veganism and religion co-exist?

According to a 2017 survey by the Vegetarian Resource Group, nearly 47 percent of people in a sample survey of 11,000 said they “do not actively practice religion.” Christians represented the second-largest religious group among vegans with 34 percent, followed by Buddhist or Hindu (9 percent), other (7 percent), and Jewish (3 percent).

While the survey isn’t representative of the estimated 550-950 million vegans worldwide, it raises questions about why so many vegans don’t practice religion. And for those that do practice, how does veganism fit into religious doctrines?

The Complete Guide to Vegans and Religion

Can You Be Vegan and Religious?

While many religious texts reference animal products – such as fish and lamb in the Bible and meat and milk in the Quran – many see these as guidelines, not the absolute word, on how to eat. The same goes for how to dress – both Deuteronomy and Leviticus advise followers to not wear garments made from mixed materials. But modern followers likely have cotton/polyester blends in their closet.

The documentary “A Prayer for Compassion,” directed by Student Academy Award-winner Thomas Wade Jackson, explores the connection between veganism and spirituality. Throughout the film, Jackson meets with people from a diverse range of religious backgrounds to ask about how the teachings of their faith can extend to compassion towards all living beings. 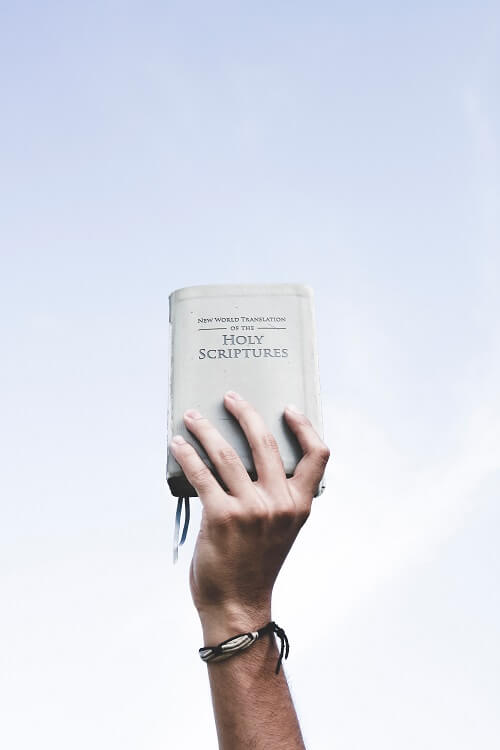 According to the Christian creation story in Genesis, God created humans to “reign over the fish in the sea, the birds in the sky, the livestock, all the wild animals on the earth, and the small animals that scurry along the ground.” Translations may also use the word “dominion” rather than “reign.” While this has been interpreted as God guiding people to use animals for food, clothing, and other purposes, organizations like the Christian Vegetarian Association see it as God implying it’s humankind’s responsibility to take care of animals.

In Genesis, it’s even suggested that eating animals came after Adam and Eve ate a forbidden apple from the Tree of Knowledge. God told the pair in Genesis 2:15-16), “You may freely eat the fruit of every tree in the garden.”

When God flooded the earth, Noah was given permission to eat animals, but only out of necessity.

In Ecclesiastes (3:19-21), God said: “For people and animals share the same fate—both breathe and both must die. So people have no real advantage over the animals… For who can prove that the human spirit goes up and the spirit of animals goes down into the earth?”

The Daniel Fast, a religious fast popularized by Evangelical Christians and actor Chris Pratt, asks followers to abstain from animal products, wine, and processed foods, following in the footsteps of the prophet. Studies have even shown that this fast can lower one’s risk of heart disease.

According to Jesus in Matthew 22:36-40, “Love your neighbor as yourself.” Veganism can fit with this teaching – animal agriculture is the key driver in climate change, which affects people in less privileged communities first. Following a plant-based diet is not only kinder to animals, but to the planet, and others.

Many modern Christians enjoy the wealth of plant-based food highlighted in the Bible – like apples, almonds, figs and dates, nuts and seeds, and ancient grains – along with vegan products.

Many Seventh-day Adventists follow a vegetarian or vegan diet in order to take good care of the body that they believe God gave to them. According to the website, “A well-balanced vegetarian diet that avoids the consumption of meat coupled with intake of legumes, whole grains, nuts, fruits and vegetables, along with a source of vitamin B12, will promote vigorous health.”

Studies have shown that Seventh-day Adventists are among the healthiest populations, living an average of 10 years longer than other Americans, according to CBN News. 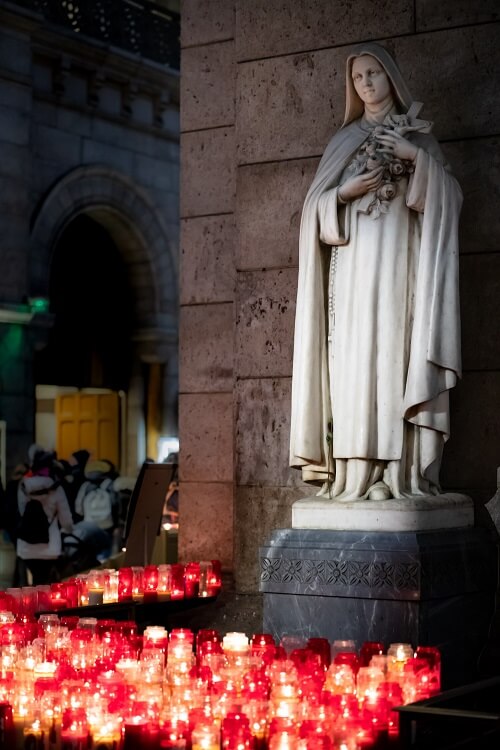 During Lent – the weeks leading up to Easter – practicing Catholics abstain from meat on all Fridays, Ash Wednesday (the Wednesday before Easter), and Good Friday. This is because Catholics typically give up certain indulgences during Lent.

In June 2015, Pope Francis tweeted: “It is contrary to human dignity to cause animals to suffer or die needlessly.”

In his encyclical letter “Laudato Si’,” the pope wrote to Catholics how global warming affects other living beings: “For example, changes in climate, to which animals and plants cannot adapt, lead them to migrate; this in turn affects the livelihood of the poor, who are then forced to leave their homes, with great uncertainty for their future and that of their children.”

Studies have shown that eating fewer animal products is the most effective way of mitigating climate change’s disastrous effects. 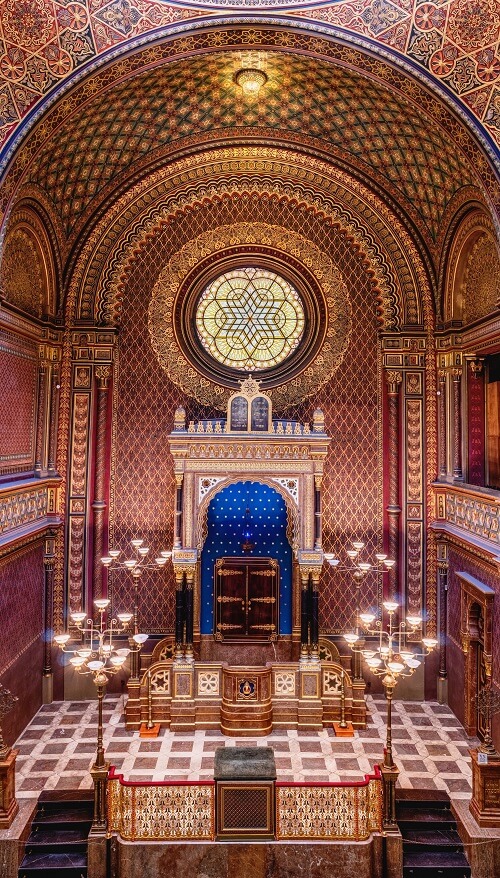 Matzoh ball soup, brisket, bagels with cream cheese and lox, and gefilte fish are all staples of Jewish cuisine. However, the group Jewish Veg highlights that God in the Torah prefers plants over animal-based food: “Behold, I have given you every herb yielding seed which is upon the face of all the earth, and every tree that has seed-yielding fruit — to you it shall be for food.” (Genesis 1:29)

Additionally, Jewish values forbid the causation of animals’ suffering. A growing number of rabbis in the Jewish community advocate a vegan diet for its kindness towards other living beings. Abstaining from animal products doesn’t mean an end to cultural foods – vegan Jewish food was even highlighted as one of 2019’s top trends. 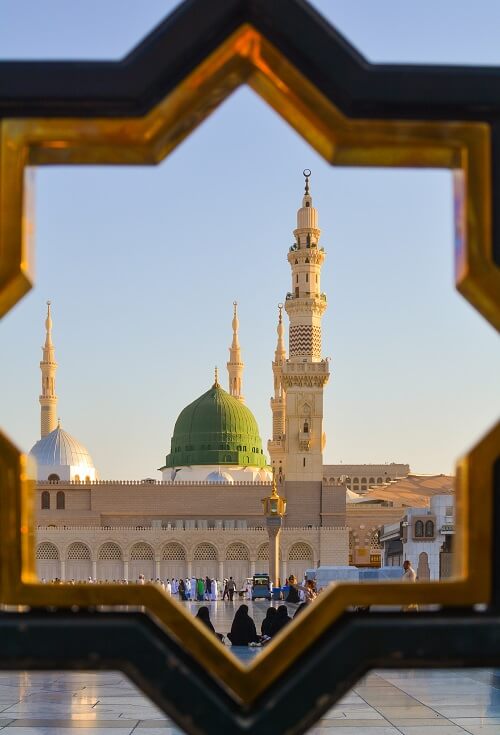 According to the organization Animals in Islam, the prophet Muhammad said: “Whoever is kind to the creatures of God, is kind to himself.”

Al-Qur’an (6:38) has a verse similar to the Ecclesiastes (3:19-21) verse mentioned above: “There is not an animal that lives on the earth, nor a being that flies on its wings, but they form communities like you. Nothing have we omitted from the Book, and they all shall be gathered to their Lord in the end.”

Traditional Islam holidays like Eid-al-Adha, aka the “Festival of Sacrifice,” involve “Qurbani,” or the act of religious sacrifice. During the holiday, Muslims may “sacrifice” an animal and then share the meat among the needy, friends, and then family. In recent years, many vegan Muslims have found new ways to practice Qurbani without animals, such as donating money, volunteering, and sharing a plant-based dinner with their family. 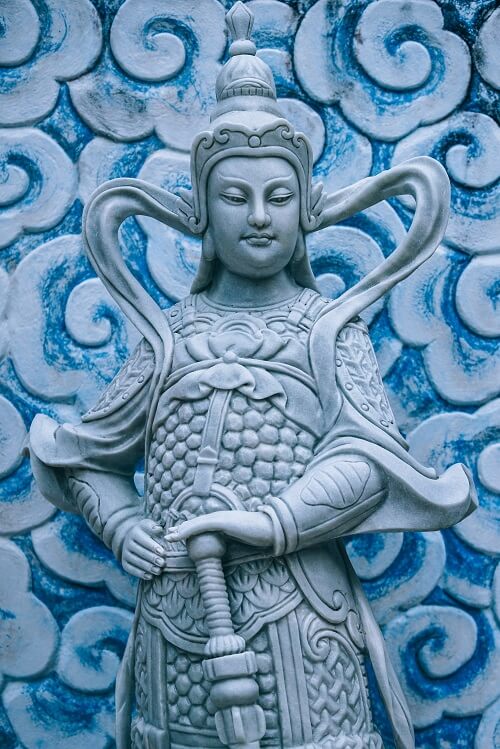 Are Buddhists vegetarian? Despite the common understanding, Buddha was not vegetarian and did not instruct his disciples to eschew meat. But, many Buddhist teachings support a vegetarian or vegan diet. According to “The Question of Vegetarianism and Diet in Pali Buddhism,” many canonical texts advise against harming or killing animals, which can be taken as not eating animal-derived food.

The same text recommends that “good Buddhists” abstain from supporting animal slaughter, encourage others to do the same, and abstain from eating meat. 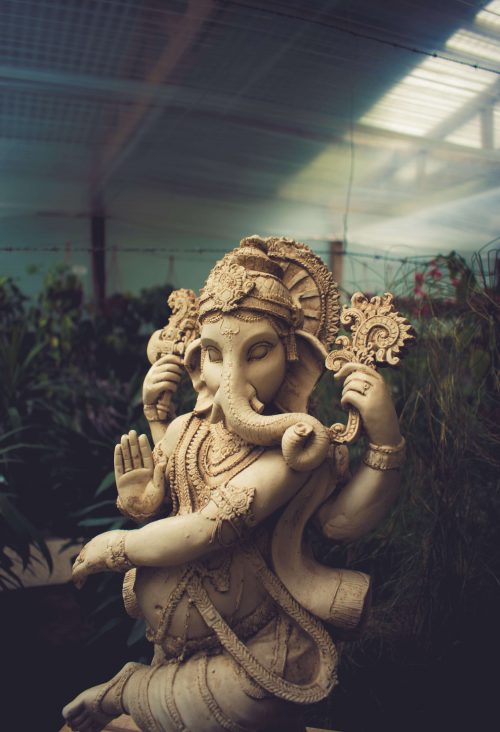 Vegetarianism is common in the Hindu religion, representing approximately 34 percent of the population. According to Hinduism Today, in the Mahabharata, the warrior Bhishma likens eating meat to eating one’s own children. The religious text Manusmriti recommends abstaining from eating all forms of meat and other scriptures preach compassion towards animals, claiming that it is detrimental to one’s spirituality and personal health.

The Sanskrit term “ahimsa,” which means to do no harm, is used in many vegan circles but according to Rama Ganesan, BA, PhD, MBA, a vegan raised in a Hindu family, the term is not common in India. “Even ‘Ahimsa’ doesn’t mean abstaining from using animals, it means using animals nicely,” she wrote in Medium. “Humane-washing is antithetical to veganism, but when you can buy Ahimsa silk and Ahimsa milk, you can see that Hindus are actually using the word quite differently. They believe it is ok to take as long as you don’t hurt or kill.”

According to BAPS Swaminarayan Sanstha, a volunteer-driven spiritual organization, vegetarian food prepared at home is the “purest food” there is.

Jainism is a nontheistic religion based in India that embodies the ahimsa principles of non-violence, so some strict Jains follow a vegetarian or vegan diet. Others may eat fewer animal products due to the association with a number of health issues. According to Jain World, “To quite some extent food is responsible for some of the major killer diseases like hypertension, cardiac troubles, ulcers, cancer and kidney failure.” 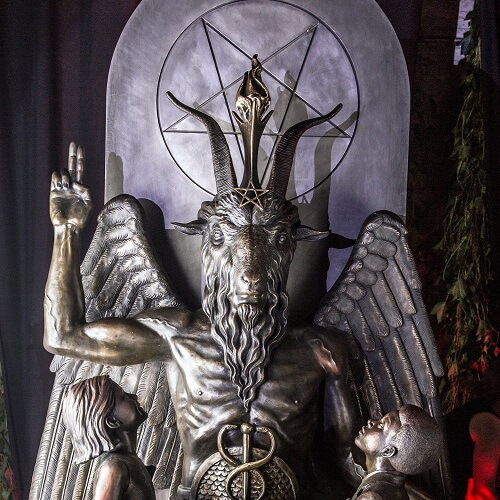 Though small, The Satanic Temple has earned more media attention in recent years for standing up for the separation of church and state, fighting for freedom of religion, and advocating for human rights issues like abortion access.

The religion promotes compassion and empathy toward “all creatures in accordance with reason,” which can be interpreted as allowing using animals for food and clothing. But, one of the tenants of the Temple states, “The freedoms of others should be respected, including the freedom to offend. To willfully and unjustly encroach upon the freedoms of another is to forgo one’s own,” which some members use to support their decision to go vegan.

The temple also strongly supports living to one’s scientific understanding of the world and a growing body of medical evidence states that a plant-based diet is best for the planet. It also believes that the freedoms of others should always be respected and that the fight for justice is “an ongoing and necessary pursuit that should prevail over laws and institutions.” 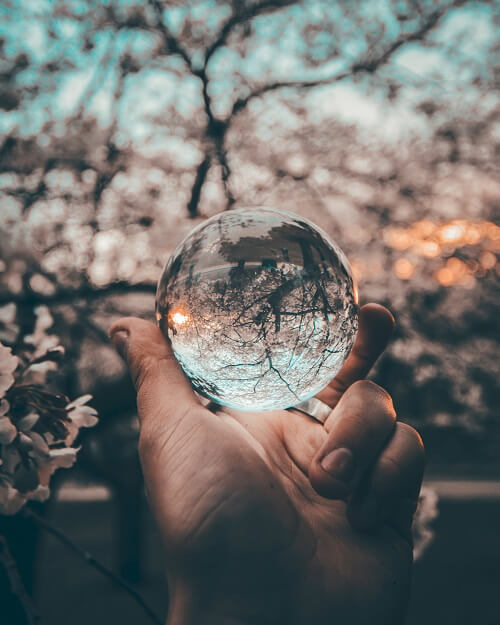 Pagan religions like Wicca and witchcraft have grown significantly in recent years. Wicca – a pagan religion that emerged in the mid-20th century – reported 8,000 members in 1990 and 340,000 in 2008, according to Quartz.

Wiccans don’t represent the entire pagan population, but they are a good indicator of how it, and adjacent spiritual practices, are becoming more mainstream. There are no hard rules for Wiccans, witches, and pagans as far as eating meat goes. But the Wiccan Rede, the key moral guide for the faith, writes, “Live you must and let to live, fairly take and fairly give,” which can be interpreted as neither harming animals nor the earth.

Many witches are vegan as part of the spiritual practice of doing no harm to others, but it is not expected.

The majority of vegans and vegetarians are not religious. But, why are so many vegans atheist?  There hasn’t been a definitive study on the reasons for this, but many argue that atheists are guided by their own moral compass, rather than one laid out by religious scriptures. Because of this, some conclude that it is unethical to use animals, and therefore follow a vegan lifestyle.