This Father’s Day, dads in Austin, Texas, will have a special way to celebrate their day. Local craft bakery Skull & Cakebones will host Wicked Healthy co-founder, Chef Chad Sarno, for a truly Texas-themed barbecue. And it’s all vegan.

“BBQ is a staple in Austin but rarely are even the sides vegan,” Sarno told LIVEKINDLY via email. “Bust out those paper towels and cold beer, it’s time for us to celebrate Father’s Day with some saucy and delicious BBQ – free from animals.”

Sarno, along with his brother Derek, just released their first cookbook: “The Wicked Healthy Cookbook: Free. From. Animals.” to rave reviews earlier this month. Both classically trained chefs, the Sarno brothers bring both edginess and creativity to their recipes, and the Father’s Day event looks to be no exception.

The menu for the day will include a “Texas BBQ plate” that comes with a vegan “Wicked” mushroom brisket, potato salad, slaw, pickles and local bread. There will also be chili cheese dogs from Field Roast Grain Meats, mac and cheese, grilled corn with chipotle lime butter, local peach cobbler, and of course, lots of beer. 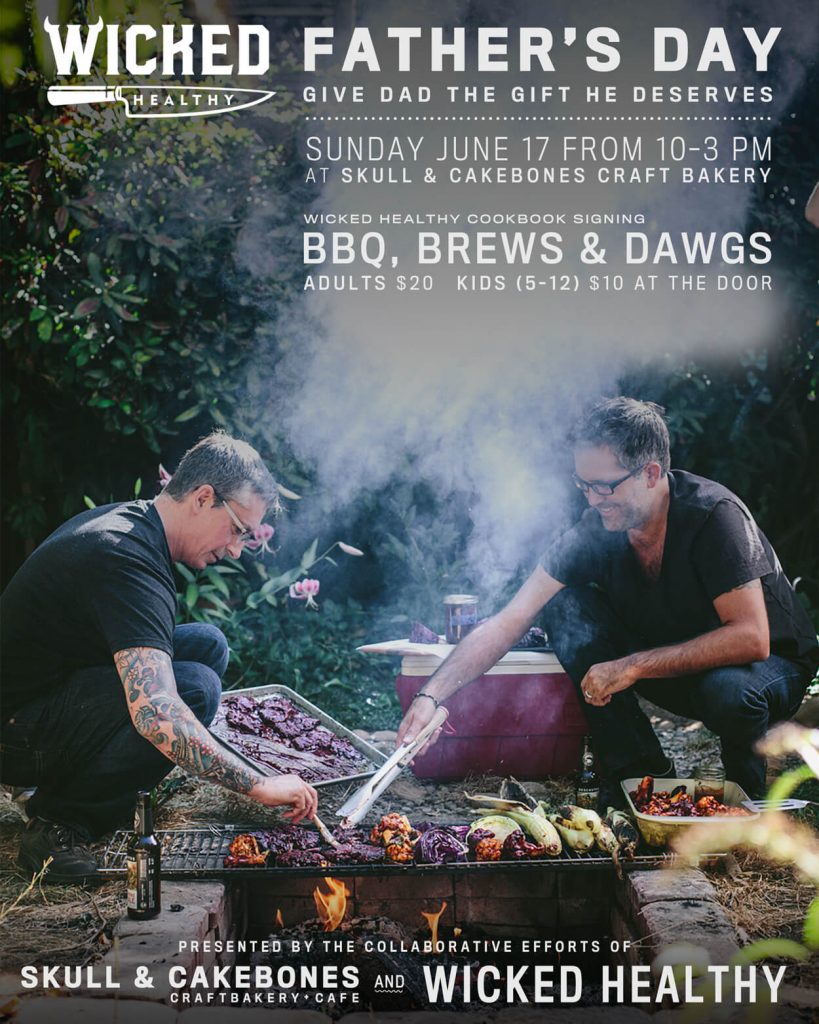 “There are rarely events to celebrate dads around town for Father’s Day,” Sarno says, “so teaming up with our favorite bakery in town for a day of bbq, dawgs, and brews sounded like the perfect day to celebrate all the dads, and of course,” he says, “dads drink for free.”

Skull & Cakebones is Austin’s premier vegan bakery, specializing in all-natural products that are vegan, non-GMO, and incorporate local flavors. “It’s really important to us that flavor and integrity are not compromised when ‘going vegan’,” the bakery notes on its website. “We want people to snarf down our baked goods then watch their faces explode with disbelief when they find out it’s vegan.”

The bakery serves up a mix of baked goods like cinnamon rolls, cupcakes, pies, and scones, and there’s also a full dine-in menu — scrambles and curries, pot pies, and daily specials.