In an emotive Instagram story, 11-time world champion pro surfer and recent vegan Kelly Slater asked his followers what they thought of a picture of a factory farm showing thousands of sheep in a confined lot.

“What do you guys think of factory farming?” he asked, commenting, “This pic leaves me sad, angry, and feeling guilty for what people do to animals,” he captioned along with animal emojis as well as a satan emoji. The image also includes a quote from Austrian writer and philosopher Helmut Kaplan, comparing modern farming to the Holocaust. 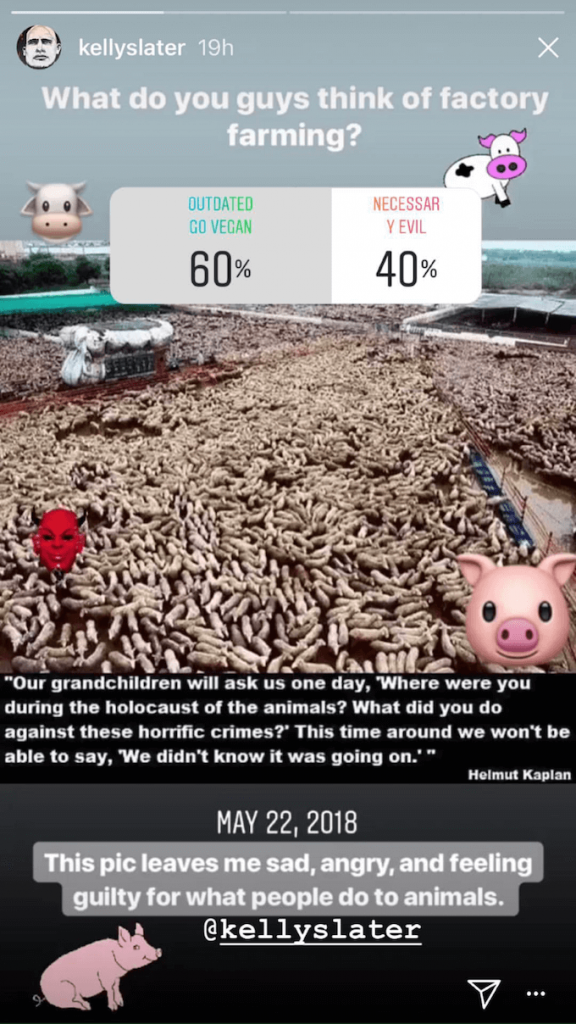 The photo also shows poll results on the question about factory farming with sixty percent saying they think it’s outdated. But forty percent said it was a “necessary evil,” likely the source of Slater’s frustration.

More than 55 billion animals are raised every year for food in confined factory farms. These concentrated animal feeding operations (CAFOs) make up the overwhelming majority of animal farms on the planet. Animals raised in CAFOs are not afforded access to the outdoors unless its crammed open-air pens, or on the way to slaughter. 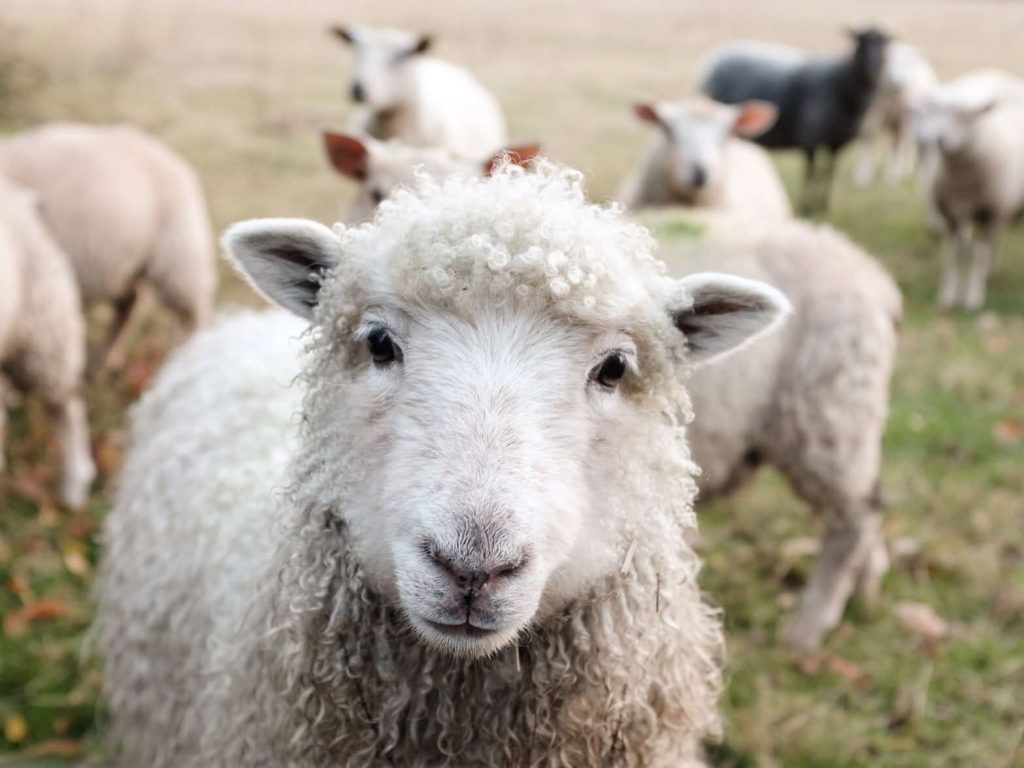 The picture Slater shares shows sheep in open-air pens. Sheep are raised for both their meat and wool. Mulesing is a common wool industry practice that involves shearing off the excessive folds of skin on the sheep’s hindquarters that can otherwise collect feces, and, as a result, flies and maggots. Mulesing is typically done without anesthetic, and the wounds can often become infected attracting the insects the practice aimed to guard against.

Slater went vegan toward the end of last year according to his Instagram account and says he’s feeling healthier than ever on the plant-based diet. Fellow surf champion Tia Blanco just won the Rip Curl Pro Tofino Championship in British Columbia earlier this month.