Anthony Joshua is a British professional boxer, and the current unified heavyweight world champion. He holds three out of four major world championships in boxing – and he avoids consuming animals products to ensure these successes.

In his new documentary, ‘The Calm Before the Storm,’ which he published on YouTube, Joshua speaks of how he avoids meat before fights, opting instead for “vegan lunches.”

Turning down the options of fish and chicken, he says that he wants “just fresh food” and lists the examples of avocado, falafel, rice and vegetables in general. Indicative that this is a normal dietary preference in preparation for competitions, he mentions how he has his “usual routine” – plant-based meals seemingly a part of this.

Joshua believes that consuming plant-based foods and cutting out animal products will help him achieve his goal of becoming the “undisputed heavyweight champion of the world.”

Earlier this year he had alluded to his preference for plant-based foods, claiming that a breakfast of porridge each morning gets him “fuelled up” while allowing him to “stay light and still have a lot of energy.” He added to this, “I like sweet potatoes as well with some veg.” 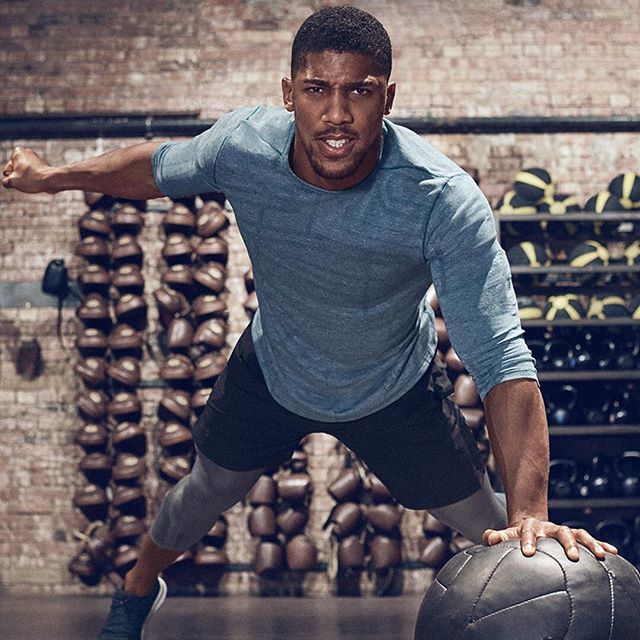 Joshua is not the only athlete to recognise the health and performance benefits of a plant-based diet.

Earlier this month, Ayesha Pang, an Australian boxer and personal trainer claimed that switching to a vegan diet has improved her sporting performance significantly.

Reiss Taylor, the UK’s ‘shortest’ pro boxer (at 4ft 11 inches) has likewise spoken about how his height does not impede his success when he is aided by a vegan diet. Taylor also commented that he was inspired by Mike Tyson, one of the most successful (yet also fairly short) boxers of all time – and who is also vegan.

To add to this, boxer Mike Rashid, has announced that he has dropped all animal products from his diet and has found a new passion in veganism. He claimed that his new plant-based diet significantly reduced the inflammatory health problems he had experienced while eating ketogenic, and even said eating plant-based was “miracle” inducing.

It seems that many athletes – from boxers, to tennis players like Serena Williams, and racing drivers like Lewis Hamilton – are continuing to opt for a plant-based diet, thus-far, with impressive results.