Swedish YouTuber, Therese Lindgren, has achieved a feat so sweet you can almost taste her success. Along with her friends, she was responsible this month for setting the record for the World’s Largest Vegan Cake. 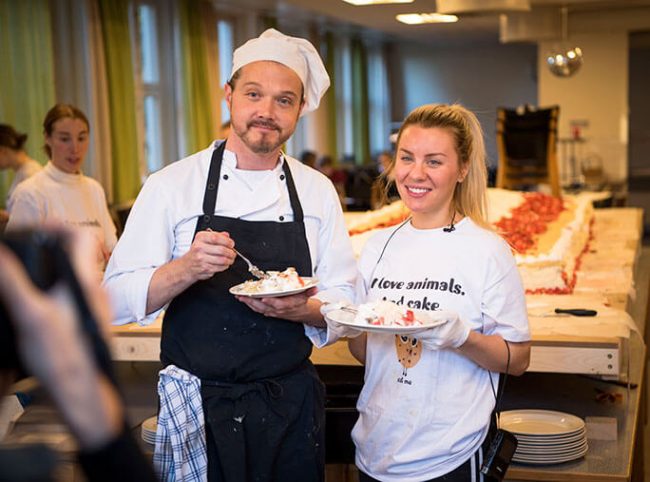 Therese has over half a million subscribers on her YouTube channel, where she uploads vlogs. According to Guinness World Records Therese took on the challenge to ‘create awareness about veganism’ and presumably to prove that you can make just about anything vegan! Her record-breaking achievement has coincided with World Vegan Month.

Previously the record had been held by two Swiss companies, Skipp Communications AG and Merz AG after they created a 433.56kg cake that served 3,000 people. Lindgren’s cake beat them by nearly 30kg, coming in at a huge 462.4kg. 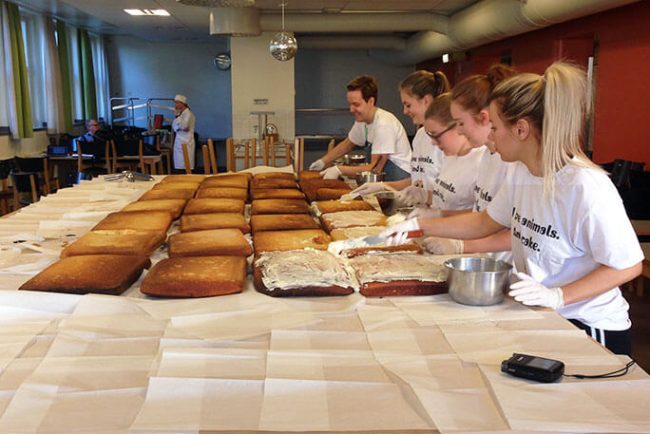 In order to make the semolina cake, the team used 44.5kg sugar, 3.56kg flour, 62.3kg semolina, 89kg soya yoghurt and to finish the cake off 26.7kg whipped soy cream and 35.6kg strawberries. Baked in Stockholm at a vegetarian school kitchen, the cake was made by baking 5kg slabs 10 at a time in 56 sections. These sections were all joined together with frosting.

Thankfully this huge cake didn’t go to waste, as after the adjudication, where Guinness World Record judge Pravin Patel named the cake the Largest Vegan Cake in the world, it was boxed up ready to be fed to hungry activists at an animal rights meeting the next day.