The Yulin Dog Meat Festival is an annual event held in China, where street vendors and restauranteurs partake in the sale of meat from dogs and other “domesticated” animals.

In an effort to bring an end to the mass slaughter of these animals, the Yulin authorities have initiated a plan to prohibit the exchange of money in return for their meat, which is reportedly due to come into effect on 15 June this year (the festival taking place shortly after, on 21st). 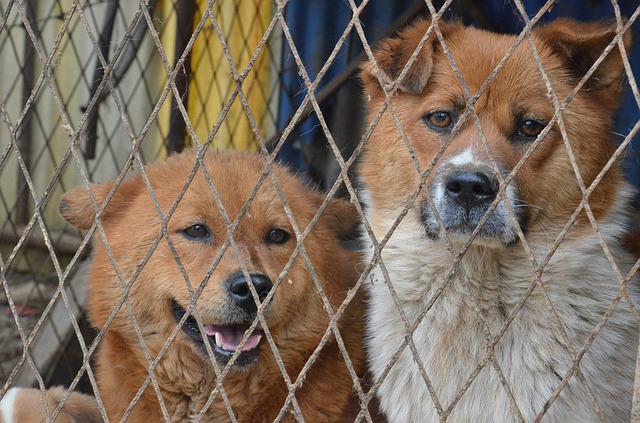 The Express has noted that according to government officials, “the event has no official backing” and have insisted that “it is staged by private businesses”.

The ban is said to be strictly enforced, and anyone found participating in the sale of dog meat will be faced with arrest and potential fines of up to 100,000 yuan.

Since the launch of this event in 2010, approximately 11,000 cats and dogs have been bred, killed and eaten each year. Participants of the event claim that eating dogs is part of an almost 500 year old Chinese and Korean tradition, and insist that the way in which the animals are killed is “humane”.

But does “tradition” excuse immoral behaviour?

What is “Humane Slaughter”, and can one really take part in the act of un-willful killing of another and deem it as humane?

Their opposing definitions would suggest not and many animal rights activists would argue that the way Western cultures treat cows, pigs, chickens and sheep is of no difference to the dog-meat festival. In fact, the consumption of cows and pigs may even be seen as barbaric by other cultures.

Peter Li (China Policy Specialist of the Humane Society International) said: “The Yulin dog meat festival is not over just yet, but if this news is true as we hope, it is a really big nail in the coffin for a gruesome event that has come to symbolize China’s crime-fuelled dog meat trade…. As opposition to this trade has grown within China and across the world, much focus has been placed on the Yulin festival and so it is significant politically that the authorities are taking the outrage to curb this cruelty seriously.”

Ultimately though, this is undoubtably a step in the right direction and may help bring awareness and new perspectives in those who signed the petition against the festival yet continued to consume the bodies of other animals.