Those interested in the sport of celebrity sighting in New York City would be wise to camp out at by CHLOE. on 22nd Street. The latest celeb to grace the vegan fast-casual chain is Zac Efron, who dined in with friends this past weekend.

Efron has grown throughout the years, from teenage heartthrob Troy Bolton in “High School Musical” to the enchanting ringleader in “The Greatest Showman.” He’s also branched out into more PG-13 content, including his role in the remake of “Baywatch” and staring in the adult comedies including the “Neighbors” franchise and “Mike and Dave Need Wedding Dates.” Like his resume, his diet has also evolved.

In May, Efron told Teen Vogue that he had been “experimenting with eating purely vegan.” He informed the publication that he was exploring the plant-based diet for health reasons, both to maintain his impressive physique and to ensure longevity. He said, “[Eating vegan has] been brilliant. It’s been great for my exercise, and great for my routine.” 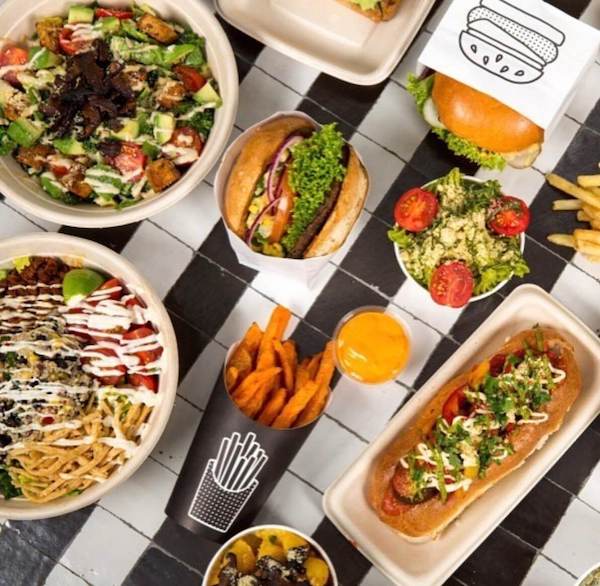 The triple-threat star has not yet fully committed to the vegan lifestyle – an Instagram post in August captioned “Gone fishin’”suggests he’s not quite there – but the food at by CHLOE. may have helped to sway him back to his vegan diet. By Chloe offers a wide variety of healthier fast-food staples, all made from scratch using minimally processed ingredients. The international chain is known for its burgers, sweet potato fries with beet ketchup, mac and cheese with shiitake bacon, and pesto meatball sandwich. Its salads and breakfast options are also a hit with vegans and omnivores alike. Not to be outdone, the Chlostess cupcakes are a must – even for actors like Efron who are working on their eight-pack.

Although Efron seems to travel constantly for work, with the rate of by CHLOE.’s expansion, he should easily be able to find a by CHLOE. again. The restaurant has locations in Los Angeles, Boston, Providence (Rhode Island), and London, in addition to the six venues in New York City.

Vegan singer Ariana Grande has also been spotted at by CHLOE. with her fiancé, Pete Davidson. No doubt other vegan and veg-curious celebs have ordered incognito.