The issue of packaging waste has been increasingly hitting headlines and being brought to the forefront of environmental concerns.

More people now are opting to avoid using single-use plastic, with the ‘zero-waste‘ movement on the rise.

And now, Evoware, an Indonesia-based startup, has created an amazing solution.

Evoware has created a replacement to plastic packaging, made from seaweed – and yes, you can eat it. 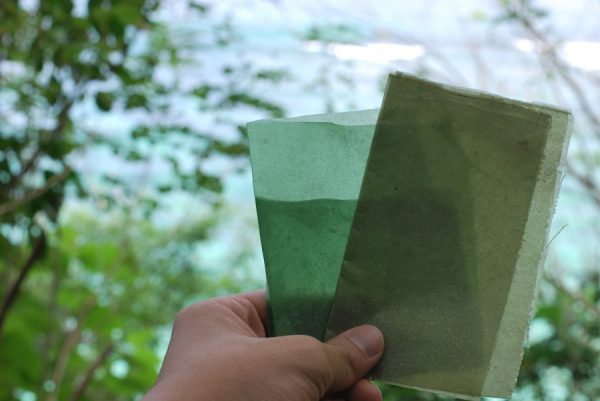 The Evoware seaweed is tested for food safety before being manufactured into the edible packaging. It is so natural that it even dissolves in hot water without the use of chemicals. And, as a bonus, the product is particularly nutritious: seaweed is high in fiber and vitamins.

This packaging, although suitable for human consumption, will not cause any problems if you aren’t a fan of seaweed and don’t fancy a nibble –  it is naturally biodegradable, and will even be a natural fertilizer for plants.

Seaweed was the best choice for the packaging for a number of reasons. Firstly and most obviously, it is far less damaging than plastic, since it decomposes and will not end up in the oceans killing marine life. Secondly, seaweed is known to absorb carbon dioxide from the air while it grows; it also is grown without needing the use of water, fertilizers or any other resources! It’s thus incredibly sustainable to produce. It has even been reported that seaweed farmers in Indonesia are producing more seaweed than they can sell.

This does, unfortunately, mean that some farmers are struggling to make a living. At this point, as is often the case with more ethical products, the seaweed packaging is more expensive to produce than plastic – but hopefully the costs will be lower as the company develops into full-scale manufacturing. This is yet another reason why consumers should be supporting and demanding these ethical products. 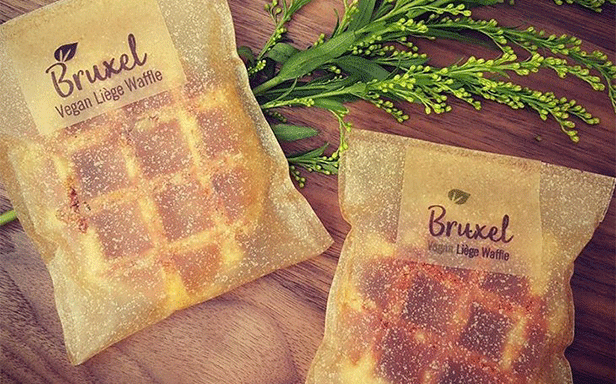 The Evoware packaging is currently being tested (and tasted!), including at a Bali food festival where a waffle vendor ‘Bruxel Waffle’ is one of the early customers using the new packaging.

The packaging can be used for everything from sachets to tea bags to burger wraps to cereal packaging.

David Christian, the co-founder of Evoware, said of the project: “[w]e want to create a cleaner world by stopping plastic waste from the root.” He was likely inspired by the fact that his home country is the second biggest contributor of plastic pollution in the world. In fact, four of Indonesia’s rivers are among the most polluted ever.

The need to reduce our plastic waste is desperate, so it is greatly promising to see these sort of developments. First, we had Avani’s biodegradable bag suitable for fish to eat, and now we have biodegradable packaging safe for human consumption. It’s an exciting time for zero-waste packaging!