Grocery trips are about to be a lot better. Say hello to restaurant quality, hot pizzas to go, as supermarket giant Sainsbury’s — across the UK — partners with Zizzi.

In a trial, starting with Sainsbury’s Balham store, the powerhouse grocer will offer a selection of Zizzi’s high-quality pizzas, including their vegan options. The pizzas can be ordered in the store, by click & collect on the Zizi website, or through Deliveroo.

The CEO of Zizzi, Steve Holmes, said of this new venture:

“Changing consumer lifestyles have created opportunities within casual dining and we have seen delivery sales grow rapidly behind the increased demand for restaurant quality food enjoyed at home.

“Offering our signature Rustica Pizzas to go in Sainsbury’s is a natural progression in offering another convenient way for customers to purchase their favourite pizza, ready to eat.” 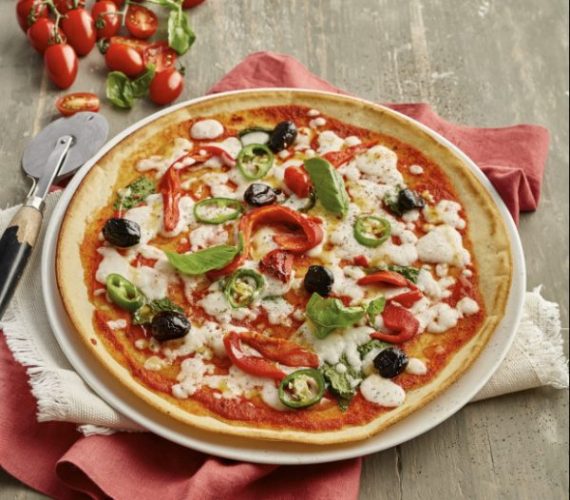 It’s likely this move is being watched by pizza manufacturers who are finding that the demand for dairy free, vegan pizza is rapidly increasing. Pizza Hut announced that vegan cheese is permanently on the menu in the UK, Domino’s offered vegan cheese in Israel (and hinted at it for their Australia locations), and new vegan pizza restaurants are opening all the time. Most relevantly, however, Zizzi’s vegan pizzas were the best-selling dish on their vegan menu last year, with the sales of vegan dishes skyrocketing by 246% in the year following last November.

Now, you can grab all your groceries for the week AND get yourself a fresh, hot, vegan pizza. We will keep you updated on any further developments.