Le Boucan, a popular smokehouse in Montreal, has added a vegan menu to its barbecue offerings, according to Eater Montreal.

“[T]he restaurant is using the same wood and the same smoking techniques to replicate the flavours of the meat dishes, but instead of pork, chicken, or beef, glutenous meat substitute seitan appears to be the star — or in the case of the pulled pork option, jackfruit,” the website notes.

“The restaurant is offering faux-wings, faux pulled pork, and other meaty-but-not-meaty sandwiches.”

While based in Canada, Le Boucan has a decidedly American barbecue menu — pork ribs and pulled pork sandwiches, poutine, barbecue chicken, and other classic barbecue staples. But its shift toward plant-based meat mirrors a growing trend among meat-heavy restaurants. TGI Fridays is now selling the vegan Beyond Burger throughout the U.S. with much success, and a growing number of burger chains — from the higher-end spots like Umami Burger to greasy fast-food outlets like White Castle now offer vegan burgers. 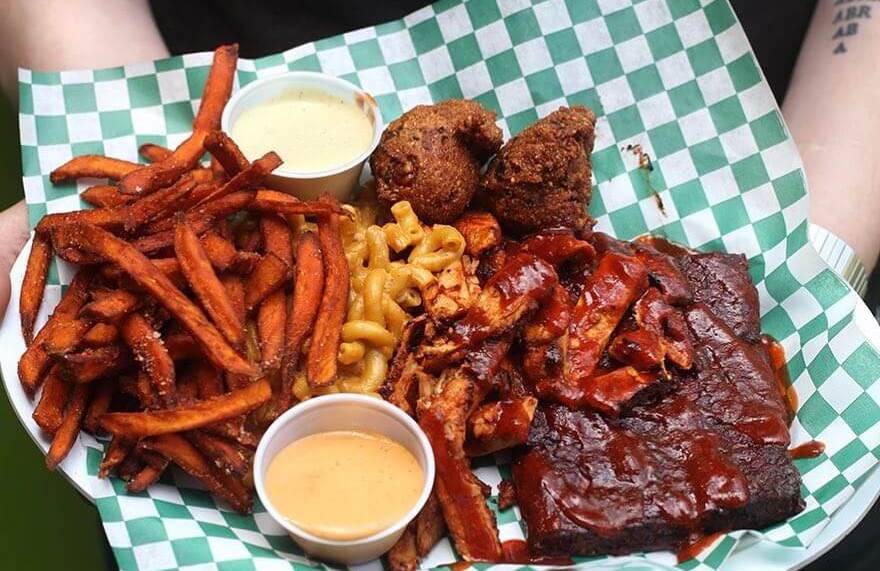 Portland, Oregon, is home to the Homegrown Smoker, a completely vegan barbecue joint specializing in a variety of vegan meats that hold up to smoking, grilling, and extra saucing.

“As far as I know,” owner Jeff Ridabock told Eater, “we were the first all-vegan barbecue in the world and that was 2009. I haven’t had anyone challenge me on that claim.”

Vegan barbecue isn’t just trending at restaurants, either. New data released by Amazon Fresh in the UK found that an increasing number of people are ordering vegan meats, sausages, and cheeses–buying habits that the online retail giant says are indicators of a very vegan-heavy grilling season just ahead for the region.

While demand for vegan meat is on the uptick in North America and the UK, it’s also spreading around the world, specifically in Asia. In Hong Kong, a meat-heavy burger restaurant chain called the Butcher’s Club says that nearly 15 percent of its revenue is now generated by the placement of three vegan burgers on the menu. And just last month, Hong Kong’s Green Monday campaign founder announced the launch of a new company called Right Treat. The company’s first product to market is Omnipork, a vegan pork aimed at disrupting the massive Asian pork industry.